Guide for accessing all types of materials in the JPL Archives.

On this page, the JPL Archivists share historical photos from the JPL Archives. The JPL Archives' mission is to document the rich organizational, mission, and cultural histories of the institution by identifying, collecting, preserving, and making available primary source materials that have value for research by users at JPL/Caltech/NASA and the wider public.

The content presented here should be viewed in the context of the time period. Our intent is to present the history of JPL in a factual manner that uses primary resources and historical context. We recognize that some information or images do not reflect the current values, policies, and mission of JPL.

Each below photo will link to the full size image on Pub-Lib. In the upper right hand corner, click on the three dots, then click on Details to see the full caption of each image. 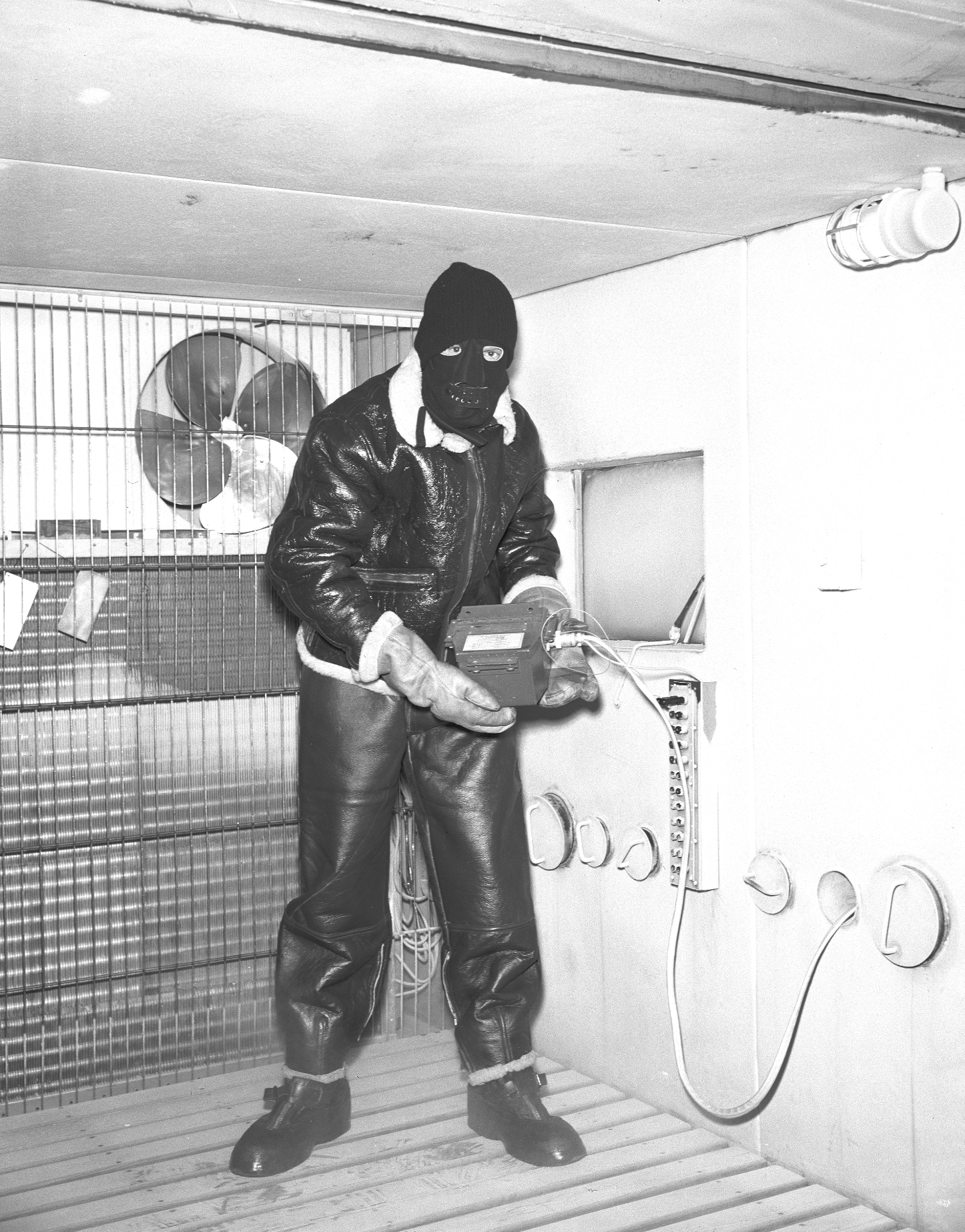 Former Section 16, the Environmental Design and Testing Group of Component Developments, was JPL’s go-to team for discovering vulnerabilities in electronic and mechanical equipment developed by the Lab. The team handled vibration testing, shock testing, and equipment assessments in high and low temperature and humidity. This photo, taken 6 June 1955, depicts one of those skilled testers and the individual responsible for maintaining the Environmental Test Laboratory (ETL), Leonard Marsh, “model[ing] protective clothing which must be worn in the low temperature and humidity chamber [in the ETL, Building 82].” For this particular test, the chamber was 40 degrees below zero, with noticeable frost on both the floor and ceiling. CL#21-5881 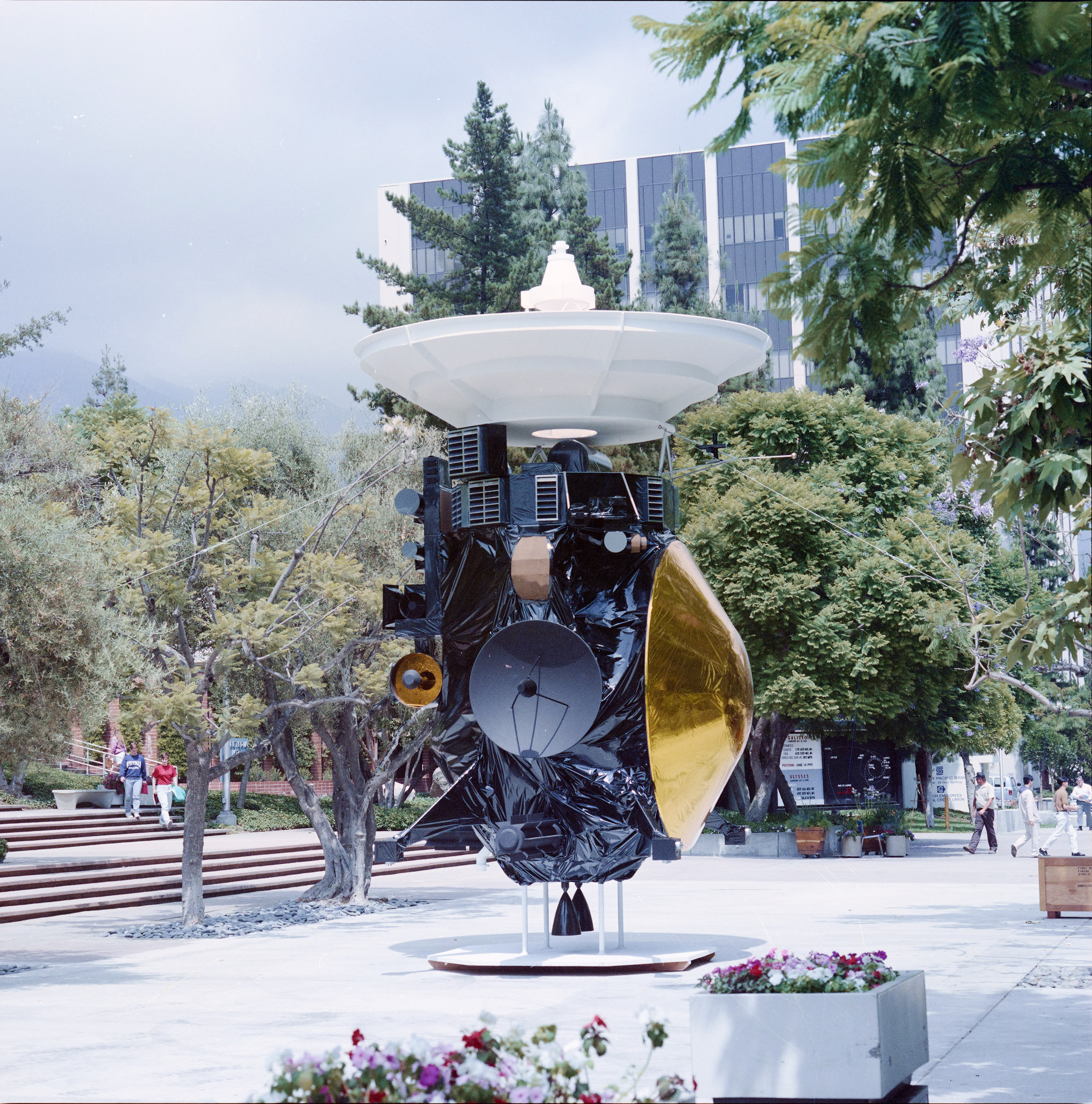 15 October marks the 25th anniversary of the Cassini launch! A joint endeavor of NASA, the European Space Agency (ESA), and the Italian Space Agency, Cassini spacecraft was a keystone of exploration of the Saturnian system and the properties of gaseous planets in our solar system.

Aiming for Saturn and its moons, Cassini contributed to studies of Jupiter for six months in 2000 before reaching its destination in 2004, and starting a string of lunar flybys. This same year, it released the Huygens probe on Titan to conduct a study of its atmosphere and surface composition, revealing it to be one of the most Earth-like worlds we had yet encountered.

Cassini performed multiple extended missions, allowing us to observe a complete seasonal period for Saturn and its moons, as well as completing the first successful dive through the narrow gap between its rings and descending into the planet’s atmosphere.

Cassini began its final entry into Saturn’s atmosphere on 2017-09-15, dictating its end of mission. Cassini was unique in that it was the first mission to orbit Saturn, to land in the outer solar system, and to sample an extraterrestrial ocean, making it extremely special to JPL and our mission, and so its model was proudly displayed on the Mall, as photographed here on 1992-07-16. CL#21-5882

Historical Photo of the Month 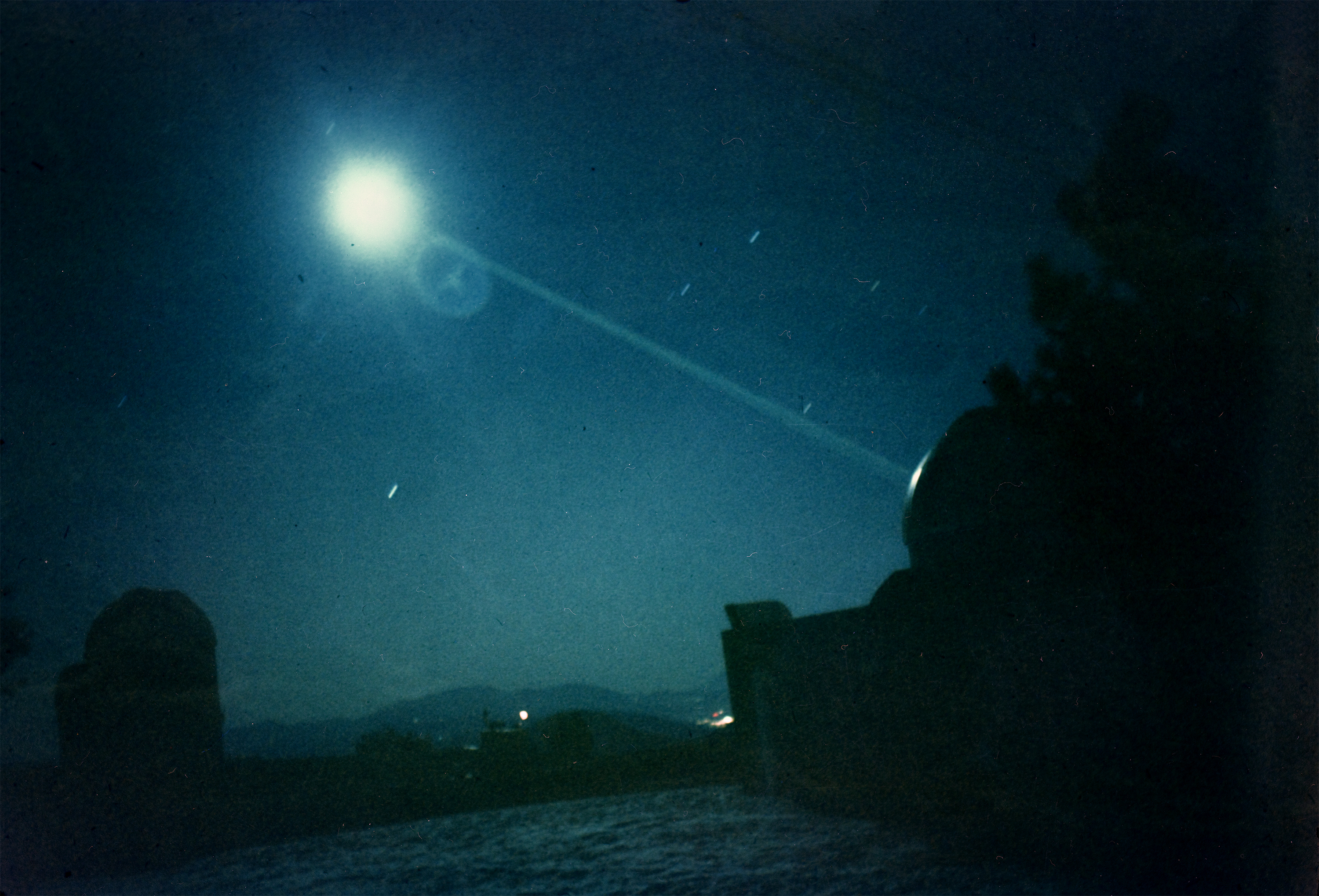 6 January marks the 55th anniversary of the launch of Surveyor 7! The last lunar lander of the American unmanned Surveyor program, Surveyor 7 was sent to explore the surface of the Moon in preparation for the upcoming Apollo missions.

This mission was decidedly unique, because the prior six spacecraft of the series had performed the majority of investigative work, so Surveyor 7 was dedicated primarily to scientific investigations. This lander/rover included an imaging system – which returned over twenty-one thousand images of the Moon – a soil mechanics surface sampler, and an alpha-scattering surface analyzer. It was the only spacecraft in the Surveyor series to land in the lunar highland region, and had the most extensive set of instruments, with which it conducted a number of scientific experiments on lunar soil, one of which returned the crucial piece of information that the chemical composition of the highland crust has less iron than in samples from the lunar maria. Surveyor 7 was also the first probe to detect the faint glow on the lunar horizon after dark that is now thought to be light reflected from electrostatically-levitated Moon dust.

In this photo, taken February 1968, “Charles “Chick” Capen, Lunar and Planetary Sciences (Section 325), astronomer assigned to Table M[ountain], took this time exposure of the observatory emitting a laser beam aimed at the moon.” According to the March 1968 issue of Lab-Oratory, this was a beam of light generated by a Hughes argon laser at JPL’s Table Mountain Observatory, and was photographed by Surveyor VII’s TV camera, an image of which was returned to Earth on 20 January 1968.

If you have questions about historical photos, or about the history of JPL, please contact the JPL Archives.